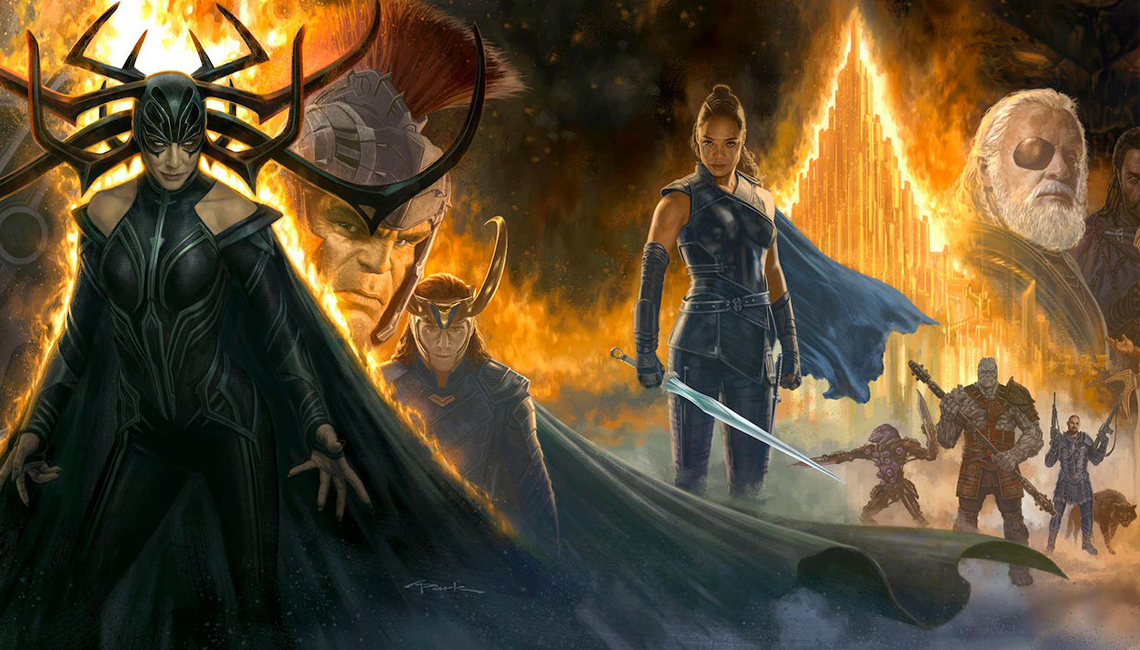 Hear from Marvel Studios Visual Development Team about the Art of Thor: Ragnarok!

The world-class panel shared early designs of all the various characters from the latest Marvel epic, including Thor, Loki, Valkyrie, Hela, as well as the various gladiators that inhabit the Jack Kirby-inspired world of the Grandmaster, Sakaar. Various keyframe illustrations were presented, that helped the director and the studio visualize what the look and feel of the film could be. Additionally, they examined how 3D tools like Z-brush and Maya were critical in creating many of the characters and assets that were pivotal during the concept design phase of the movie-making process.

"I absolutely loved designing the look of Hela on Thor: Ragnarok! It was so great that Taika (the director) fully embraced her comic book visuals with her sinister looking costume, cape, and massive headdress. I spent the majority of my time exploring the various looks she has in the film."- Andy Park

"It’s always fun going to Gnomon to give these talks as their production values are really top notch. But I enjoy it mostly because the crowds are always so enthusiastic, being filled with both passionate students as well as seasoned professionals." - Andy Park

"My favorite thing to design was Surtur's dragon and minions, exploring all the different ways to bring them to life was a fantasy nerd's dream come true." - Ian Joyner


"My favorite thing to design for in Thor: Ragnarok is Stan Lee's Barber Costume." - Jackson Sze

"I like doing events at Gnomon, because I like to engage and share with passionate artists who are vested in the future our industry."- Jackson Sze


For a number of reasons, not all of our Gnomon events are able to be recorded and live streamed. In order to not miss out on art breakdowns, industry tips and advice, make sure to RSVP and attend in person.