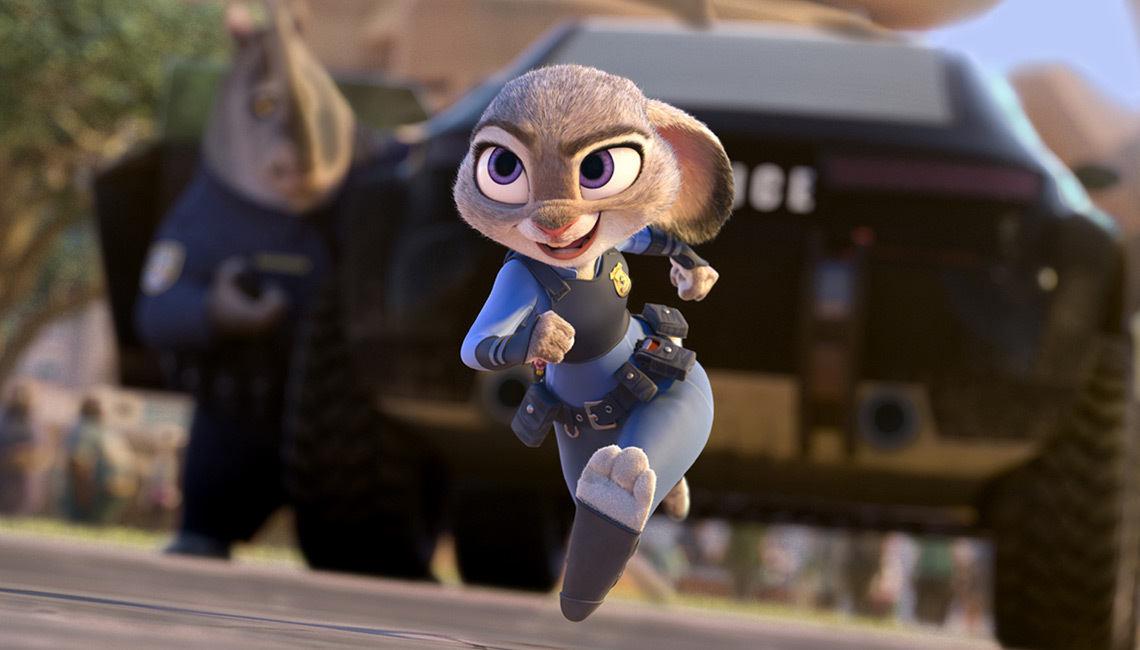 Disney's Zootopia was one of the big successes at this year's VFX and animation industry awards. Find out which Gnomon alumni worked on the movie below

Three alumni nominated for Visual Effects Society Awards. Seven who worked on Oscar and Annie Award-winning movies. Six who worked on a D.I.C.E. Award-winning game straight out of school. It's a result that any training institution could be proud of – yet that's only part of the list of visual effects, games and animation industry awards in which Gnomon graduates have featured throughout 2017. And on top of that, they even took home a software development award at South by Southwest.

Three Gnomon graduates were shortlisted at the 15th Visual Effects Society Awards, held in Beverly Hills in February, 2017. Walt Disney Animation Studios Look Development Artist Nikki Mull, who studied at Gnomon between 2010 and 2012, was nominated for Outstanding Animated Performance in an Animated Feature for her work on Maui in Moana, while 2011 graduate Jay Machado and 2015 graduate Matt Puchala, both working at Industrial Light & Magic, were shortlisted in the modeling and effects categories for their work on Rogue One: A Star Wars Story.


Both Moana and Rogue One went on to reach the shortlist of this year's BAFTA and Academy Awards, in the animated feature and visual effects categories respectively. Other Gnomon alumni who worked on Rogue One include Jorik Dozy, Digital Matte Painter at ILM, and his former colleague Erik Halsey, now Senior Character Artist at Electronic Arts; and Ben Perkins, Technical Director at Whiskytree.

The Gnomon graduates behind Oscar and Annie Award-winner Zootopia

At least eight other Gnomon graduates working at Disney also contributed to Moana, but the studio's biggest success in this year's awards season was undoubtedly Zootopia, which won both the Oscar for Best Animated Feature Film, along with no fewer than six Annie Awards. Gnomon graduates who worked on the movie include animator Alberto Abril, look development artists Tyler Bolyard and Sara Cembalisty, modelers SuZan Kim and Chika Saito, lighting artist Diana Zeng, and Character Modeling Supervisor Dylan Ekren, many of whom took part in the school's recent free event on the making of Zootopia.

Success for Gnomon projects at the D.I.C.E. and SXSW Interactive Awards

In the video game industry, one of the biggest award-winners of the past year has been Uncharted 4: A Thief's Legacy, which won the VES Award for Outstanding Visual Effects in a Real-Time Project, along with four separate categories at the Academy of Interactive Arts & Sciences' 2017 D.I.C.E. Awards. Here, the standard of Gnomon's training was so high that Naughty Dog reversed its policy of not hiring artists straight out of school, recruiting nine Gnomon graduates for Uncharted 4.

Gnomon also featured at SXSW Interactive, the technology industry's showcase at the legendary South by Southwest group of festivals. Padeca, a startup co-founded by Gnomon alumnus Dosa Kim, won the Privacy & Security category of the show's Interactive Design Awards for its innovative new tool D3CRYPT3D. The software aims to combat piracy by enabling artists to encrypt their 3D models and alerting them to unauthorized uses. Find out how it works in this article on CG Channel.


Gnomon alumni at The Rookies

The Rookies is an international awards initiative for young designers, creators, innovators, and artists, created to discover and showcase outstanding talent emerging from higher education facilities and help launch them into careers at the world’s top studios. This year, alum Allan Bernardo scooped Rookie of the Year in the Animation category, while student Lanli Su took first place in the Rookie of the Year – Photography prize. Additionally, student Willow Paquette won the gaming internship at Monolith prize. “The quality of all entries were astonishing,” one of the judges commented. “It was a really hard choice to find those finalists, but deciding out of those high-quality artists who should be the best was not an easy task. All of them can be very proud and I’m sure sooner or later I will see their work on a big screen.”

The Ningyo by Miguel Ortega and Tran Ma