Behind the Scenes of Gnomon Live: Two cities, two weekends 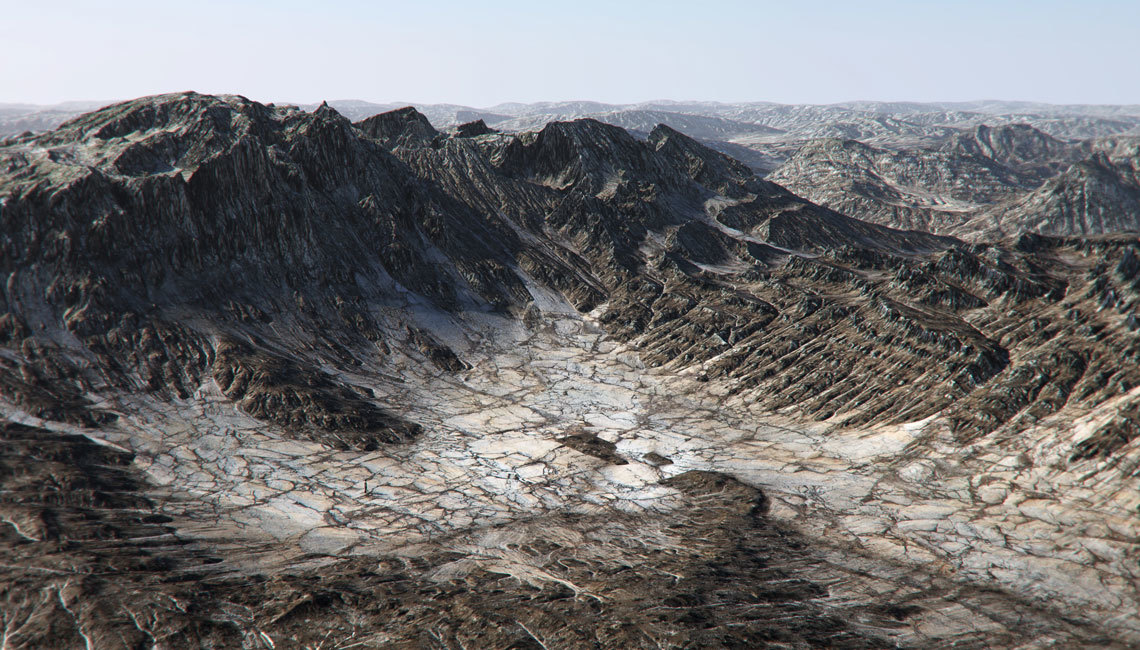 Arriving early for the Melbourne leg of the tour, at the impressive Abbotsford Convent, the expectation felt like something of an Assassin’s Creed-style confrontation; pigeons and distant chants from monks being the only noises. Drenched in late summer sunshine on a cool grassy hill, jugglers nearby — with a wedding and a flutist lilting in the shadows — it was a perfect day for the Gnomon Live kickoff.

Waiting for things to get started, Avatar creature designer Neville Page emerged from around a corner, closely followed by Uncharted 4 environment artist Brian Recktenwald and Gnomon’s founder Alex Alvarez. As the crowd rolled up for snacks and introductory drinks, there were so many people to meet and connections to make, including the other celebrated event speakers: creature VFX artist Miguel Ortega, character and environment artist Tran Ma, character art director Josh Herman, and art director Alex Nice.

VFX writer Ian Failes hosted and moderated an entertaining panel discussion with the full event speaker line-up on opening night. When he asked the artists what keeps each of them inspired and fresh, Neville Page replied that he “switches off and experiences life outside as much as possible.” Jumping onto ArtStation to get inspired was another popular response from the panel.

After the initial stage scrum, Miguel Ortega and life partner Tran Ma blew the audience away with a screening of his much anticipated ‘proof of concept’ for a science-fiction film, The Ningyo. The modeling, direction and cinematography were equally astonishing. The couple told their story of shooting and producing scenes in their modest home in Los Angeles. Turning a humble kitchen into a museum filled with artifacts (then a vintage university lecture hall), added to the realization that there was a mammoth effort in visual effects to bring the film to life.

The pair talked of how they invited friends to pitch in and personally chipped away at the incredibly long hours to generate what is a truly exciting 25-minute teaser. It seems many prolific artists lent a hand to this project, including one of Hollywood’s most talented modelers, Peter Zoppi, who was described by Miguel as “the industry’s most over-qualified grip” (who apparently stood at the top of a ladder holding a light for a shot of a distant prop).

Attendees predominantly included a diverse mix of students and young professionals, eager to find inspiration from and meet those that have already climbed the ladder. One of the best things about events of this size and type is that you just never know who the next person that you meet will be, or who might be sitting next to you in a lecture. For the opening night alone, an impressive 260 people settled into one of the huge halls inside the remarkable convent setting.

Saturday morning began promptly at 9:00 AM with a surprisingly full crowd eager and ready for the first session. I chose to attend Neville Page’s talk, who took us through his career history, including his beginnings as an actor in Los Angeles. After a couple of years designing wheelchairs, he put his name forward for the chance to do creative design in pre-production on a Hollywood film. A month later, he was working at James Cameron’s house concept designing ‘banshees’ for AVATAR. He followed this up by taking the audience through the seemingly magical process of generating a believable creature eye in 2D, using a Wacom Cintiq 27 QHD Touch tablet (Wacom is a Supporting Partner of Gnomon Live).

I managed to catch a glimpse of Brian Recktenwald’s session in the other hall as I left Neville’s talk; everyone glued to his game-flavored presentation showcasing some of the incredible work that went into Uncharted 4. He followed this up by grabbing some fur, mud, wet and dusty references, and effortlessly brought a sullen teddy bear to life showing his entire process, including lighting adjustments. A fantastic talk with enough to whet the appetite for the afternoon’s sessions.

Alex Alvarez led a Maya, World Machine and ZBrush workshop in the afternoon, showing how he handles working with four million polygons with three applications running. Alex filled his talk with handfuls of technical gems and powerfully motivating advice, covering everything from how to refine your attention to a job, through to curating libraries of reference. Despite having known Alex for a good ten years, this is the first time I’ve seen him deliver a presentation in the flesh — and it’s impressive!

This recap considers just a small helping of the two-weekend, two-city event. Through the extensive Gnomon Live schedule, audiences on the other side of the globe had a rare chance to network with leading Hollywood artists, be inspired by their wealth of talent, hear from local studios, and pick up the kind of industry advice that artists can only share behind closed doors. Events like this have the chance to change lives through all-important face-to-face meetings with not only the stars of the show but with the community of artists that we can too often forget to enjoy while sitting in the glare of our computer screens. For future event announcements, be sure to sign up to the Gnomon mailing list.

Paul Hellard is a Journalist, Editor, and Digital Producer based in Melbourne, Australia. Before going freelance, he was the Editor at CG Society and Ballistic Publishing for nine years.