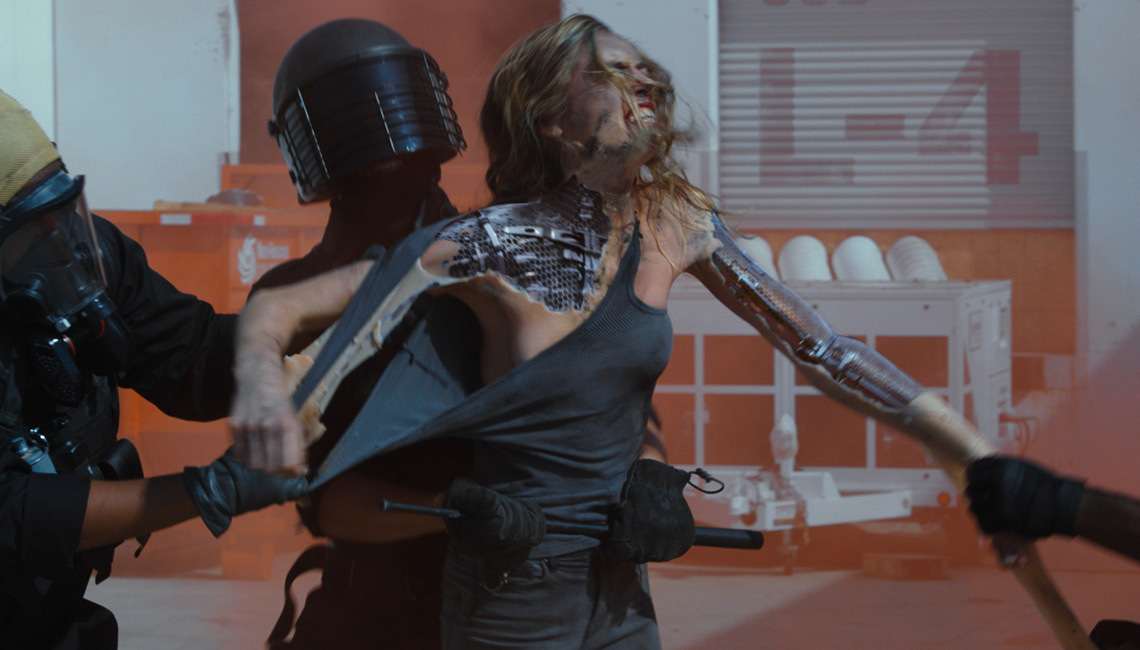 In the second of two articles tracing RISE's journey from page to screen, we explore how director David Karlak marshalled a team of over 100 VFX artists to complete the sci-fi short, as revealed in his recent Gnomon talk

To create RISE, his lovingly detailed science-fiction short telling the story of a robot uprising from the point of view of the robots, David Karlak embarked on a strange and difficult journey. In the first of our articles on the making of RISE, we explored how the director navigated Hollywood studio politics, launched a $40,000 Kickstarter funding campaign, and survived a 'Wild West'-like live shoot on the streets of China. In this concluding installment, we examine how Karlak set about assembling a team of almost 100 volunteer VFX artists to complete work on the film.

With funding secure, Karlak began recruiting artists to the project in earnest. All told, over 100 people would work on RISE, spread as far apart as Moscow and Tel Aviv. This transatlantic collaboration was made possible by a robust directory structure that VFX supervisor Scott Metzger – a veteran of both Digital Domain and Method Studios – had created for the CG assets on a shared FTP server.

To keep tabs on who was working on what, the team turned to production-tracking software Shotgun. All of the 3D assets were built in Maya and MODO, textured in MARI, and rendered in V-Ray. Compositing was done primarily in NUKE and the final conform handled in NUKE Studio. Karlak says that The Foundry and Chaos Group were “very supportive” of the project, providing licenses of their software for free, while Nvidia supplied its Quadro workstation graphics cards to handle the huge volume of data generated during the work.

A big part of the Kickstarter funding was spent simply on preparing for the CG work. UK VFX company Peanut handled the tracking, aided by an accurate 3D scan of the warehouse in which the interrogation takes place, imaging firm FARO also having provided one of its laser scanners for free.

Another crucial part of the work was retopologizing the character models for animation. Lead Modeler Wesley Griffith – fresh from work on Halo 5 – spearheaded the work on Basil: a task that Karlak describes as “an enormous labor of love”.

“The character had to hold up in shots that didn't have a lot of motion blur, so we added an excruciating amount of detail,” he says. “There are hundreds of thousands of parts and millions of polygons – and that's only for half a robot. We spent weeks just on bevels.

Other key shots were handed over in their entirety to individual artists or studios. Matte painter Ivo Horvat handled the crucial establishing shot of the robot ghetto while EyelandArts' Alex Friderici tackled several key 'liquidation' sequences.

“When you're working with a team of artists, it's nice to let them put their thumbprint on a shot, and not micromanage too much,” says Karlak. “Alex liked the challenge of doing shots from start to finish.”

To add to the complexity, by this point RISE was not only a film but a virtual reality experience, with the interactive demo of the interrogation scene becoming one of the unexpected hits of GDC 2015. Karlak even has photos of Robert De Niro viewing it on an Oculus Rift headset.

To create the VR app, Nurulize – the virtual reality firm co-founded by Scott Metzger, for which Karlak acts as creative director – recreated Basil, Colonel Briggs and the interrogation room in Unreal Engine 4, aided by 3D data of the actors recorded using new photogrammetry-based system xxArray. Graphine's Granite texture-streaming system enables the game engine to display much higher-resolution textures than it would otherwise be possible to fit into graphics memory, allowing the demo to show off details not visible in the film itself.

“It's like going into the ArcLight Cinema and seeing movie costumes in the display cases,” enthuses Karlak. “Instead of buying an action figure at Toys R Us, VR means that you can own the actual digital asset that the effects artist slaved over. To me, that's far more valuable.”

The rise and rise of RISE

On its public release in March, RISE became an online hit, attracting almost 300,000 views on Vimeo and becoming both one of the site's Staff Picks and its Short of the Week. Karlak continues to work on a feature-length version for Warner Bros., praising the “complete freedom” the company gave him to develop the short.

“I don't think they've ever done that in the past,” he says. “But I think it was a worthwhile endeavor. When you give a director or writer autonomy, they tend to surprise you.

Reflecting on RISE's long, strange journey to the screen, Karlak likens the process to an Amish barn-raising, with the team of disparate artists pulling together through a shared belief in the project.

“The most challenging part was not having money,” he says. “I was asking for a lot of favors: for people to do work way below their normal rate; for companies to do spec work. But RISE was never about money, or pride, or ego: it was about the movie.”

That seems curiously appropriate to a project whose inspiration lay in the Arab Spring: in a vision of individuals banding together against the odds to realize a shared vision. RISE ends with Basil assuring Colonel Briggs that the robots will not be defeated, despite mankind's efforts to destroy them. In the line that gives the film its title, he tells Briggs, simply: “We will rise.”

“We may not be the right custodians for our creations,” concludes Karlak. “But science fiction can be a powerful tool to remind people not only of the cruelties of humanity but of the good it can stand for.”

Read more:
Watch the recording of David Karlak's talk on Gnomon's Livestream channel
Check out upcoming events at the Gnomon campus
Join the mailing list to stay up to date with news and events
5 Reasons why 2015 was a great year for Gnomon

Creating Art Against the Odds: The Incredible True Story of RISE