Creating Art Against the Odds: The Incredible True Story of RISE 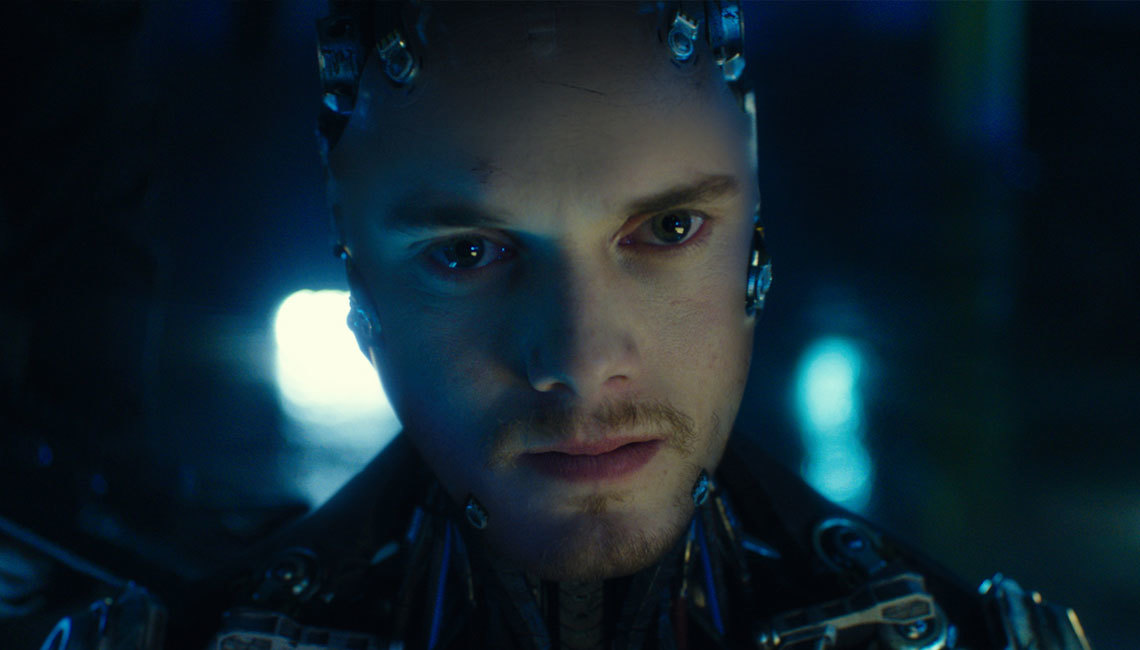 To create his new sci-fi short, David Karlak battled funding crises and a 'Wild West'-like shoot on the streets of China, the director revealed in an exclusive Gnomon talk. In the first of two articles, we trace the rise of RISE

Independent filmmakers expect to go on strange journeys to get their work from page to screen. But few journeys have been stranger than those of David Karlak. To create RISE, his lovingly detailed science-fiction short telling the story of a robot uprising from the point of view of the robots, Karlak had to navigate Hollywood studio politics, run a $40,000 Kickstarter funding campaign – and persuade almost 100 separate CG artists to contribute to the project.


Along the way, Karlak collaborated with some of the world's best-known visual effects houses, created one of the games industry's most eye-catching virtual reality demos – and even, as he revealed in a fascinating talk at Gnomon last week – spent a week in China learning to make his own Molotov cocktails.

A robot movie told by the robots

RISE may be a robot movie, but it isn't a conventional one. Rather than casting the robots as the pitiless destroyers of humanity, it presents them as a vulnerable minority, with humans as their oppressors.

“RISE was an attempt to recontextualize the robot film,” says Karlak. “I'd seen I, Robot and the Terminator movies, but it didn't make sense to me that robots would inherently have that quality of world domination. It seemed more likely to me that they would become third-class citizens: a slave labor force.”

“When I came up with the idea of RISE, the Arab Spring was happening: revolutions that started out in city squares and ended up with the toppling of dictators,” he says. “It was so exciting to see populations rise up against tyranny, and I thought: what if these were robots?”

At the time, Karlak was completing work on The Candidate, an 18-minute conspiracy thriller. Despite being very much not a visual effects movie – even the titles were created optically – the short caught the attention of producer Roy Lee (The Lego Movie, How to Train Your Dragon), who invited Karlak to Los Angeles to pitch his new robot project to Warner Bros. The company bought it on the spot.

Although developed as a full-length feature – to which Warner Bros. owns the draft script – the studio gave Karlak complete freedom when it came to creating other material, including the short film itself.

For the five-minute proof-of-concept, Karlak chose to focus on one pivotal scene: the interrogation of android resistance leader Basil (Star Trek's Anton Yelchin), by human commander Colonel Briggs. Ridiculing Basil's protestations that robots feel emotions, Briggs – portrayed with compelling malevolence by British character actor Rufus Sewell – tells him, “I'm going to round up everyone you 'feel' for, and I'm going to hurt them. I'm going to hurt them bad.” Surrounding sequences show the brutal human liquidation of the robot ghetto, and the subsequent robot uprising.

During early development, RISE looked much more like a conventional robot movie, with the androids depicted very much as machines: all hard plastic and metal. Early designs for Basil, created by concept artist Gustaf Ekelund, show the character with a holographic face.

But as Karlak points out, this is a world in which “robots come from all walks of life” – not just security guards and construction workers, but au pairs and teachers. Faced with the need to create “robots that looked like humans as well as robots that look very much like machines”, the team was forced to rethink its approach.

Even minor characters – from a salesman robot created by CHAPPiE concept artist Christian Pearce to 'Clunkybot', an industrial robot seen in a flashback sequence – received similar care and attention, with Karlak pushing for unusual designs that took the characters “right to the edge of the Uncanny Valley”.

“I think we went overboard with the amount of detail we put in,” says Karlak. “But I decided early on that I wanted to make every robot hold up, even if they were only on screen for a few seconds.”

The concept team's contacts also proved useful when it came to the fabrication of props, particularly the 'pulse box' that Basil sneaks into the interrogation room. Described by Karlak as “an EMP for humans”, sending out pulse waves that crystallize the blood but which leave androids unharmed, the device was concepted by Greg Broadmore, who came up with a design resembling a dirty bomb.

Broadmore's colleagues at Weta Workshop then built the pulse box as a favor to the artist, creating a prop that lit up practically. “I wanted to avoid visual effects shots where possible, so it was nice to have an element that didn't need too much enhancement in post,” says Karlak.

Other practical effects included the mask for the doctor robot seen in a kerb stomping shot, worn by a friend of Karlak's. For the wounded robots seen in the same sequence, the director went one step further, hiring real-life amputees to play the androids; while for a particularly wince-inducing shot in which riot police tear away the flesh of a female android's arm to reveal the exoskeleton beneath, Karlak called on Emmy Award-winning prosthetic make-up artist Stevie Bettles.

Like much of the live-action material, the footage for the scene was filmed locally. “It was my least expensive shot,” says Karlak. “My friends came out to a parking lot and I went to West Marine and got orange flares. I think I spent $50 on pizzas for the day.”

But for a riot sequence set in Chinatown, Karlak was forced to look further afield. Discovering that to shoot in Chinatown itself would cost over $30,000 in legal permits and insurance, the director decided to go straight to the source, contacting Beijing-based DoP Perry Ho to arrange a shoot in China itself.

Like most of the crew on the project, Ho was a complete stranger to Karlak, but he threw himself into the project, organizing a location, crew, and even government backing in less than two weeks.

The experience of shooting in China was like nothing Karlak had experienced before. “It was like the Wild West,” he says. “I showed up for the first day of the shoot, and [within hours] we were burning tires on the street. When we ran out, we pulled more out of the SWAT vans and burned those.”

Although a blessing financially, Karlak describes the shoot as his lowest point during the production of RISE. “I was on YouTube on my iPhone looking up how to make Molotov cocktails – and that isn't the smartest move in China,” he says. “I thought: 'I might have third-degree burns by the end of the day.”

By this point, Karlak was facing other problems. The seed money that Warner Bros. had provided only paid for the concept work: to fund RISE's visual effects, the director had to turn to crowdfunding.

“My desperation was at its peak,” he says of his Kickstarter pitch video. “But by relying on friends and family, and the goodwill of artists around the world, we were able to finish the work.” Within a month, RISE had raised almost $40,000, doubling its original funding goal.

In part two: how David Karlak turned from crowdfunding to crowdsourcing, marshalling a team of almost 100 VFX artists to complete work on RISE.

Read more:
Watch the recording of David Karlak's talk on Gnomon's Livestream channel
Check out upcoming events at the Gnomon campus
Join the mailing list to stay up to date with news and events
5 Reasons why 2015 was a great year for Gnomon