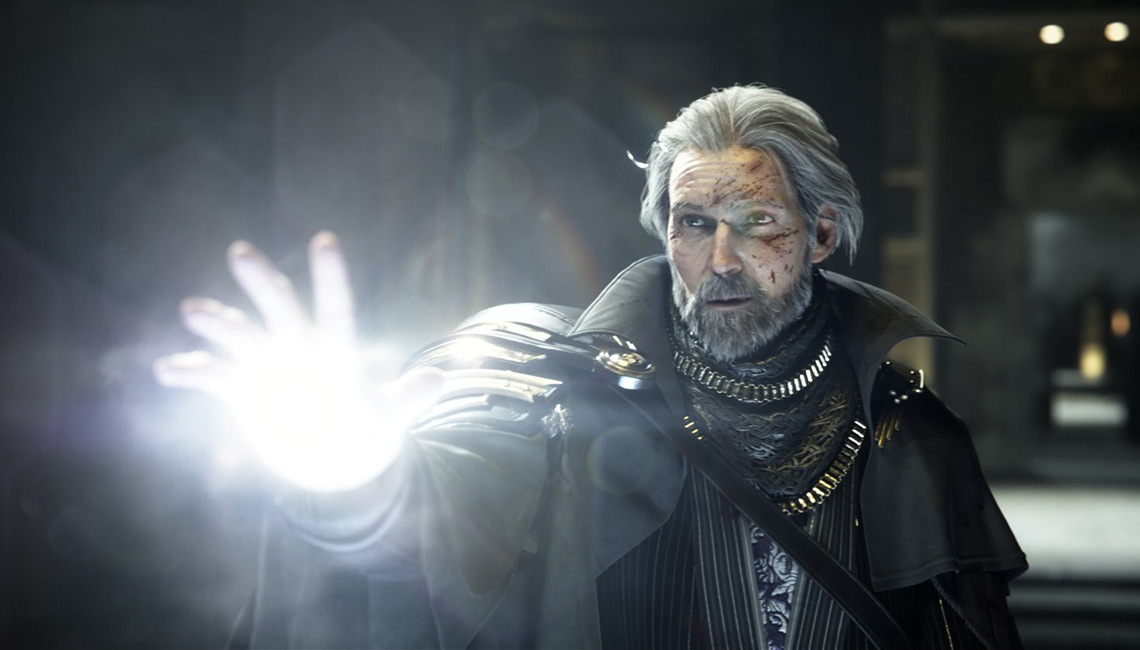 Since its foundation, Square Enix has been famed for the visual quality of its work. Its Final Fantasy series of RPGs is widely praised for its graphics, while the 2001 animated feature Final Fantasy: The Spirits Within, produced by its predecessor, Square, was the first to attempt a photorealistic depiction of human characters.


Earlier this month, visitors to Gnomon got a rare chance to discover the obsessive attention to detail that goes into a Square Enix production as the studio revealed its digital sculpting workflow for its latest movie, Kingsglaive: Final Fantasy XV, as part of its session at ZBrush Summit, Pixologic's worldwide user event.

Conceived in parallel to upcoming game Final Fantasy XV, Kingsglaive displays Square Enix's trademark blend of the contemporary and the fantastical. The world of Eos, in which the action takes place, is one in which characters ride in spaceships but wear armor – not least the sinister General Glauca, the movie's key antagonist.

During their 90-minute presentation, Character Modeling Supervisor Yuichi Itoyama and 3D Designer Mitsunobu Ochi revealed how a range of assets from the movie were created, including its scan-based human figures and lead character Nyx Ulric's twin kukris. But for us, the highlight was the breakdown of the process by which General Glauca's armor was sculpted, building up the detail pass by painstaking pass.

Although some assets from the movie – for example, weapons – were concepted in 3D, the design process for the armor began with more conventional 2D concept art. As well as the overall concept image above, Square Enix's artists created separate sketches showing fine details, from surface patterning down to the soles of the boots.

The original low-poly, animation-ready model was created in Maya. Square Enix would then add volume in ZBrush, retopologize and unwrap the UVs of the reworked model in Maya, then add further detail in ZBrush, before exporting the final vector displacement map and normal map: a process shown in the rest of this walkthrough.

To streamline workflow, Square Enix created all of the custom brushes required for Glauca's armor before beginning sculpting, assigning them as presets within the studio's custom ZBrush UI. The presets created included both brushes for sculpting the large forms of the silhouette and fine surface details like scratches.

Mitsunobu Ochi began by sculpting the inner suit General Glauca wears under his armor. The base mesh is a simplified human torso and limbs: a form rather like a wetsuit. Once the UVs had been unwrapped, the chain mail pattern was created using the NoiseMaker plugin to apply an alpha with a form matching the concept art.

The inner suit has a network of surface 'veins,' arranged in a pattern matching that of the veins in the human body. These were sculpted by hand using the CurveTubeSnap brush, using the Move Topological brush to connect the individual tubes.

With the inner suit complete, the low-poly mesh for the outer armor was divided into component SubTools, like the helmet above, to improve interactive performance. The holes in the eye area of the helmet were carved out using Booleans.

For the largest ripples in the surface of the armor, Ochi drew freehand masks across the surface of the model, then used the Inflate or Move brush to draw the upper edge of the masked area outwards. The Polish brushes were used to clean up the ripples. Other large ripples were sculpted freehand, using the custom brushes created earlier.

During the sculpting process, the aim was to create armor that looked as if it had been forged by hand, not manufactured by machine. “Even though it's a hard-surface object, we made sure to keep that organic look for it,” said Ochi.

The image above shows the armor after all of the component SubTools had been sculpted in the same way. Ochi focused on establishing the armor's overall silhouette before moving on to the finer surface details. Even at this stage, the mesh is so heavy that decimation is necessary to maintain reasonable interactive performance.

The medium-sized ripples follow the pattern of larger ripples laid down earlier and fill in the areas between them. Again, they were sculpted by hand, using Square Enix's custom brushes. Each brush has its own alpha, which gives it a built-in directionality: to draw strokes in the opposite direction, Ochi would invert the alpha.

To generate smooth curves, Ochi drew in long, rapid, continuous strokes, simply undoing and redoing if he wasn't happy with the result. “The middle waves were the most important part of the armor,” he said. “The tip here is to [draw the strokes] really quickly so you can avoid that wobbly hand-carved look.”

Since the outer armor consists of over 100 individual parts, sculpting mid-sized details was a painstaking process. As the result was supposed to look hand-forged, each part was sculpted without symmetry turned on. “I had to do [the same things] over and over,” said Ochi. “When I'd finished the left side, the right was waiting.”

The screenshot above shows the result once all of the parts have been assembled: by this stage, Ochi estimates that the model is around 70% complete.

With the mid-scale detail complete, the model was retopologized to make it cleaner to animate. ZBrush's own ZRemesher system was used for overall retopology; for more detailed work, the mesh was exported to Maya using the GoZ plugin. The detail was then transferred back to the retopologized model using the Project All option.

Ochi then began to sculpt the fine surface patterns shown in the original concept art. “This was strictly for close-up shots,” he said. “You wouldn't see these details from far away.” Once again, the detail was sculpted by hand, without the use of symmetry, using small, quick strokes with a custom brush. “You see [how often I had to repeat the] process,” said Ochi. “Some people wouldn't go through so much.”

Ochi added surface damage using the Slash brush for scratches and the Mallet Fast brush with a custom alpha for larger dents and notches in the edges of the armor.

The pattern of dents mimicked the one you would see on real armor. “When adding damage, we couldn't do it randomly,” said Ochi. “We had to focus on areas where pieces might bump against one another, or where there might be friction.”

Ochi also smoothed away surface detail in areas that might be worn, like the parts of the chin guard on which Glauca's hands would rest while removing the helmet.

The same process was repeated for the other parts of the armor – right down to the soles of the boots. The completed model is extremely heavy: even with decimation applied, there are just under 44 million points – the total would be 10 times higher.

The model was textured using Photoshop and MARI and rendered using V-Ray for Maya. This final render represents the culmination of an amazing four months of work, including three weeks of sculpting, plus one month of texturing and shading.

Asked by the ZBrush Summit audience how its team of artists has the patience to sculpt so many details by hand, Square Enix commented, simply: “We have to start by loving the character. It's part of our soul.” 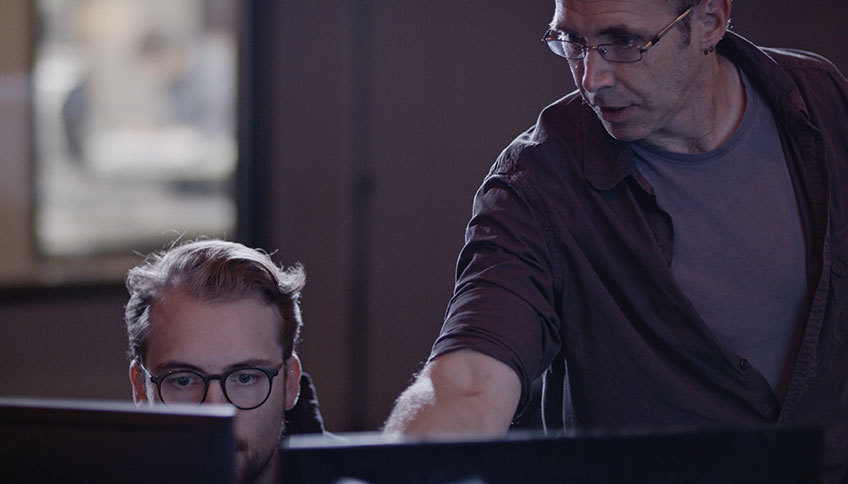