Event Recap: The Making of Sunset Overdrive with Insomniac Games 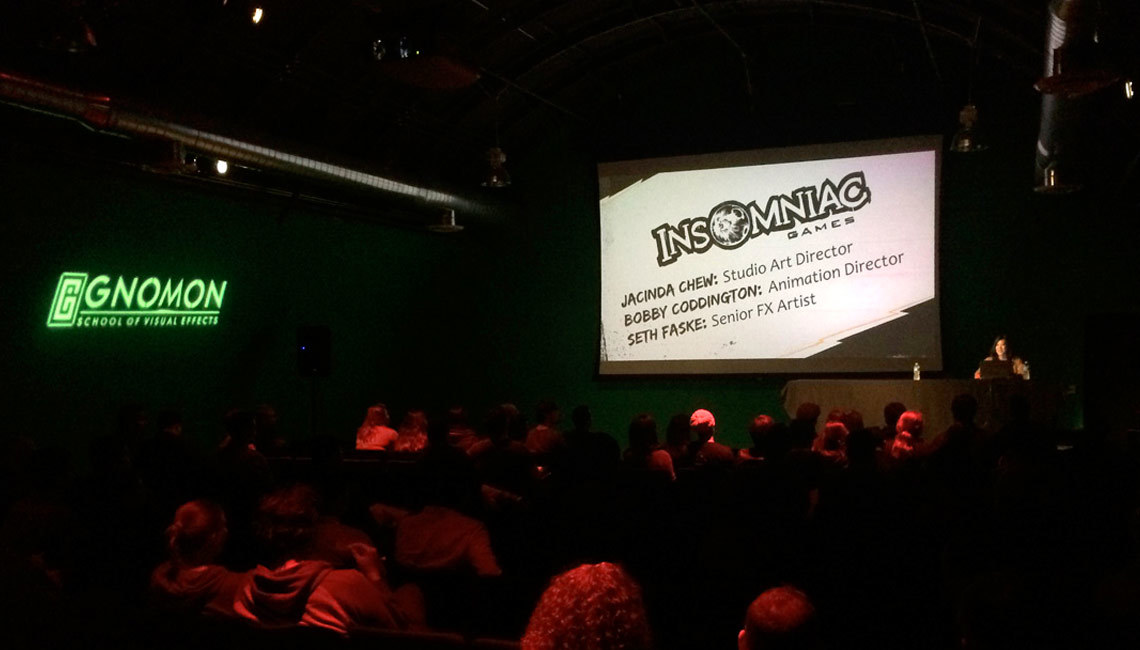 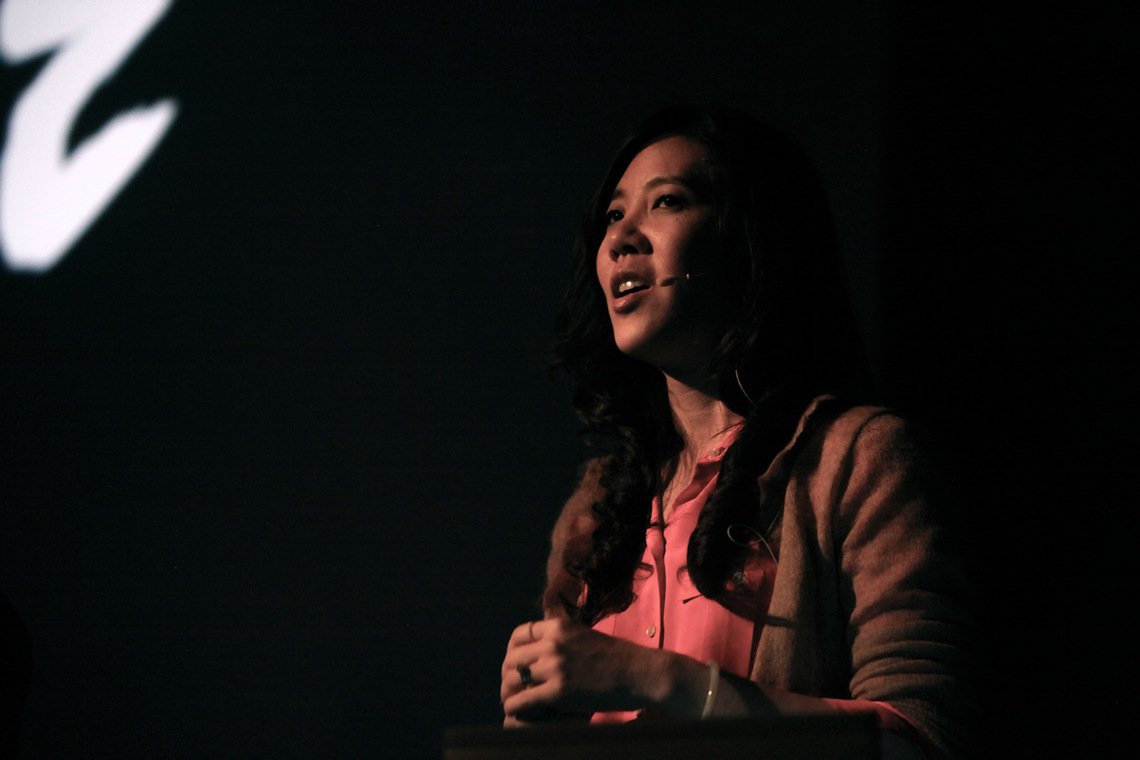 Jacinda Chew, who has been with Insomniac for 10 years, led the talk with the game's design perspective and, specifically, the environment and character development for a fun and celebratory aesthetic. The design team pulled inspiration from people such as Iggy Pop and Keith Richards, and styles such as that seen in the Harajuku culture. These artistic references led to a “cultural mash-up" that helped to promote two of Jacinda's main focuses within the characters: irreverence and diversity. The environment's painterly aesthetic, created by covering the game in brushstrokes and paint splash, added to the fun and rebellious look of the game. 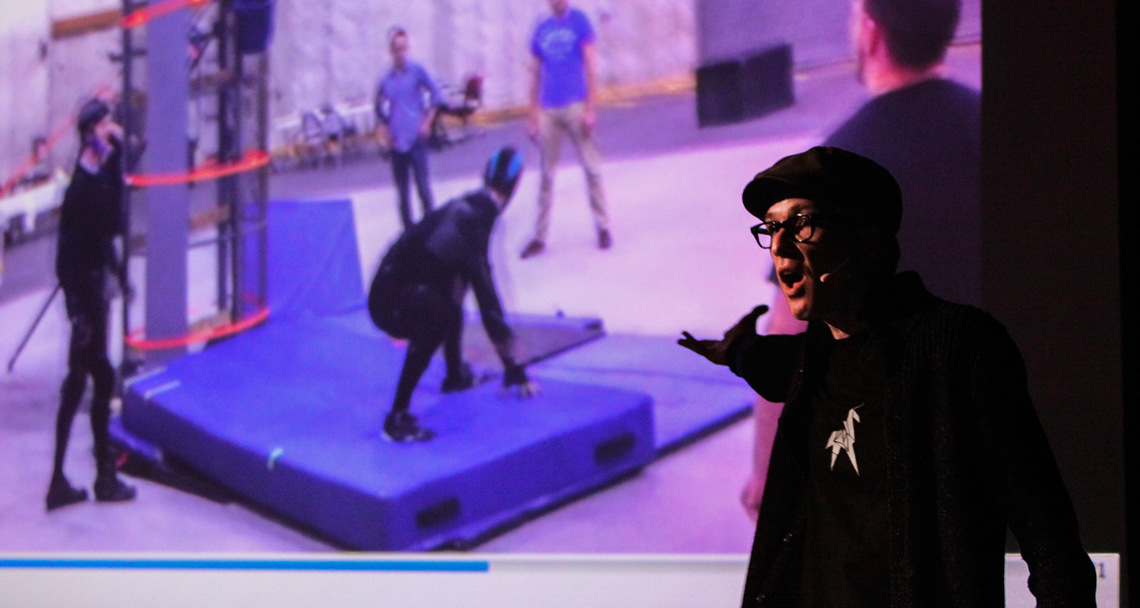 Bobby Coddington came on next and solidified that Sunset Overdrive must have been an incredibly fun game to work on. Like Jacinda, he stressed irreverence in the hero characters, and therefore made sure that their movements were packed with velocity while remaining likeable and cool. Bobby's process involved completing as many shots as he could in previs first. Then, in certain high-action instances, he ran the previs along with motion capture for more efficient shooting. It was up to the animators to then either add more detailed nuances, or create bold movements from scratch. 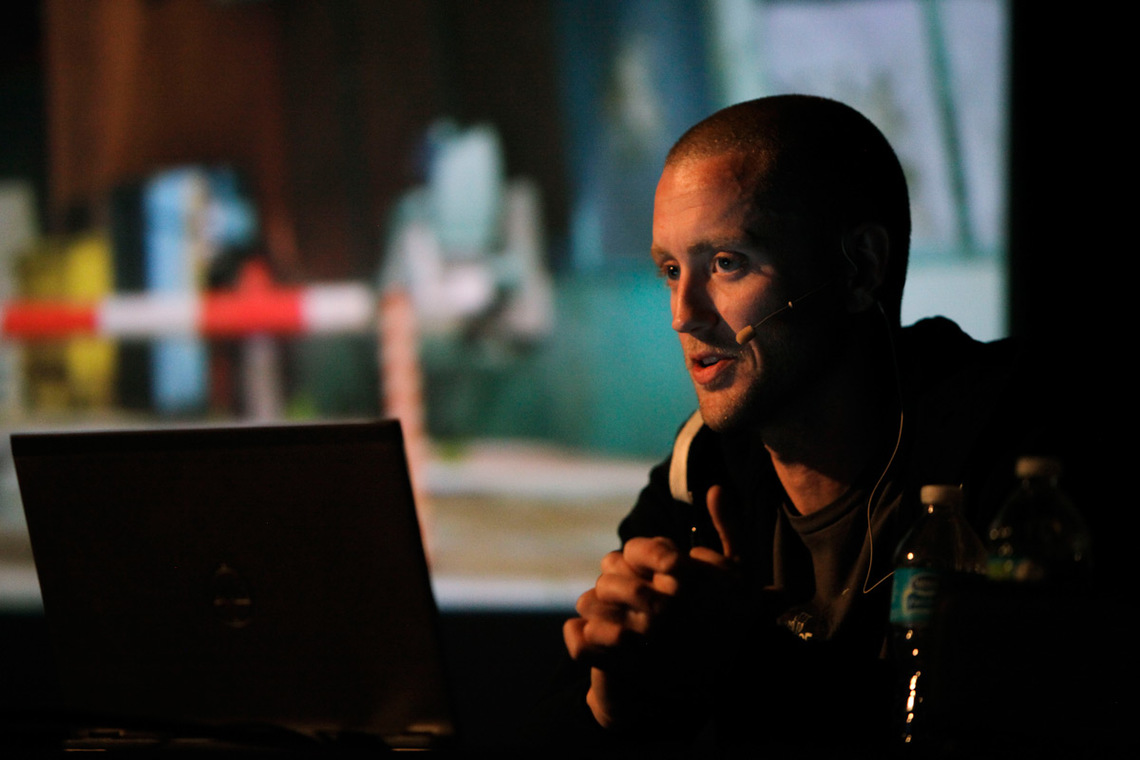 Seth Faske closed out the event with an exciting FX talk and video compilation of the awesome dynamics of Sunset Overdrive. He found inspiration in a variety of forms including 2D animations like Akira, comic books, and Scott Pilgrim vs the World – which inspired the quick transitions and chromatic aberration found within the game. The effects mimicked the mood of the designs and animations in that they were whimsical and fun, yet also very bold (ex. subtle teddy bears appearing within explosions). While Insomniac has its own proprietary engine, Faske noted that Unreal was a good editor to learn for aspiring game FX artists, and encouraged future game artists to learn the engine during the question portion of the talk.

All in all, the event was both informative and visually awesome. All three artists seemed happy to be working for a studio that allows them the freedom to experiment with their creativity, and we want to extend a big thank you to them and Insomniac Games for sharing that creativity with us!