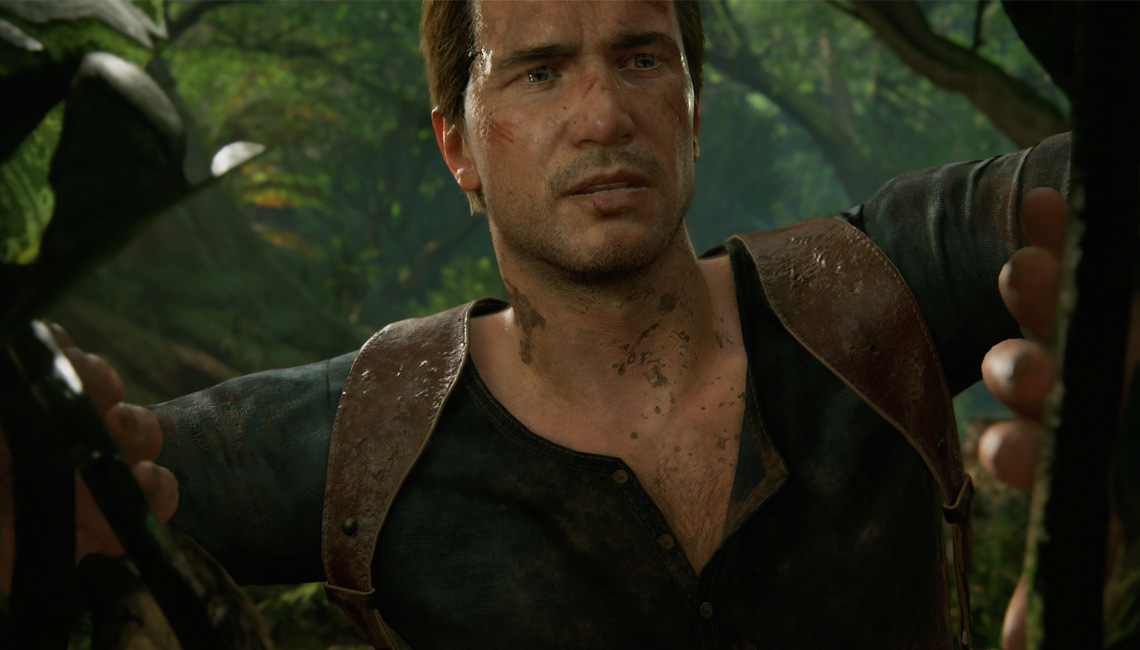 On its release this week, Uncharted 4: A Thief's End became an instant classic, shooting straight to the top of Metacritic's list of the year's best-reviewed PlayStation 4 games. The fourth of the Uncharted series of action adventure titles, A Thief's End finally draws the story of its charismatic everyman protagonist to a close. IGN Sweden called it “a worthy end to the adventures of Nathan Drake”, as well as “the most spectacular game you will play this year” and “the best-looking game ever”.

To create that visual spectacle took a crack team of almost 200 CG artists. Amazingly, 1 in 20 of them were recent Gnomon graduates. And even more amazingly, it was one of the first times that AAA developer Naughty Dog had hired anyone straight out of school.

Crucial help at a critical time

“Normally, we look for artists with four to six years of experience,” says Jack Coleman, Naughty Dog's recruiting and studio coordinator, who headed the studio's drive to find new talent. “But we were at a point in Uncharted 4 where we realized that the game was way bigger than we expected, and we needed more people to help finish it. We had props that needed creating, rigging that needed to be done, and nobody had the time to do it as we barreled towards the release date.”

Having contacted Gnomon to ask which students might be suitable to hire as temporary contractors during this critical period, Coleman was impressed to receive a list of potential candidates within a day. “It shows how much Gnomon is on top of things, and how much they care about the people who go to school there,” he says. “I talk to other schools, and often they don't get back to me.”

With just six months until deadline, Naughty Dog had no time to do artist tests with potential new recruits, instead relying on the quality of the work that the Gnomon students submitted, along with on-site interviews. “Once we started going through their portfolios, we realized we liked them all,” says Coleman. “We hired everybody.” In total, Naughty Dog took on nine Gnomon graduates: two character artists, two environment artists, one lighting artist, and four props and technical artists.

Mike Hatfield, Naughty Dog's lead technical artist, praises the students' work ethic, and the speed with which they were able to integrate into the studio. “They all came in with great attitudes and the willingness to pitch in and help in any way they could,” he says. “But the thing that made them most useful was that they all had a comprehensive and consistent foundation in Maya, thanks to the training they received at Gnomon. That meant they were able to hit the ground running.”

Another important factor was the experience on group projects that the students had gained while studying at Gnomon. “With their common background and familiarity with team-based projects, they shared knowledge with each other effectively, reducing the amount of time we had to spend on training them in our particular tools and methodology,” says Hatfield.

Learning on the job

“I learned a lot of workflows specific to Naughty Dog that I've applied in my own pipeline, including a lot of nice texture sculpting and modeling practices,” says Gnomon graduate and environment artist Christen Smith, who worked on Uncharted 4's level of detail assets. “When you're starting out [in your career] you need to use any free time to better yourself as an artist.”

For 2015 graduate and character artist Erik Ortiz, bettering himself meant mastering a complete new software package. “I went in not ever having opened up Substance Painter before, so it was a bit intimidating that Naughty Dog used it as their main texturing program. But when I had to learn to use it, I found that I absolutely loved it.”

Fellow 2015 graduate Quinn Kazamaki, who worked on Uncharted 4 as a props and technical artist, creating foreground models and destructible elements, emphasizes the importance of programming skills. “Coming out of school, I didn't realize how much custom software is needed to get content out on time,” he says. “So my tip for other students is to learn scripting. It may seem boring, but making 500 materials and naming them correctly is a lot more tedious than writing a few dozen lines of code.”

For other Gnomon graduates, their time at Naughty Dog has been a period of personal as well as technical growth. “The experience has given me so much confidence in my ability to take an asset from start to finish,” says props and technical artist Sean Mulqueen. “Something small that will stick with me forever is how much life a simple idle animation can give an object.”

For fellow props and technical artist Konstantin Leontyev, the key lesson from his time on Uncharted 4 was the importance of collaboration. “Being in a production with real-time constraints taught me the importance of working in a team, and being a good communicator,” he says.

“Never stop learning!” emphasizes 2016 graduate Kirsten England, also a props and technical artist. “There was a running joke at Naughty Dog about making sure you 'always have your notebook'. I went through seven notebooks just listening to people and taking notes.”

Gnomon graduates: a triple A rating

According to Coleman, the fact that the alumni are being considered for permanent roles is a reflection of the importance of their work in ensuring that Uncharted 4 shipped on time and to such a high standard of quality – and a testament to the training they received at Gnomon. “It's unheard-of for anyone to get a full-time job at Naughty Dog straight of school,” he says. “The fact that they're even being considered is amazing.”