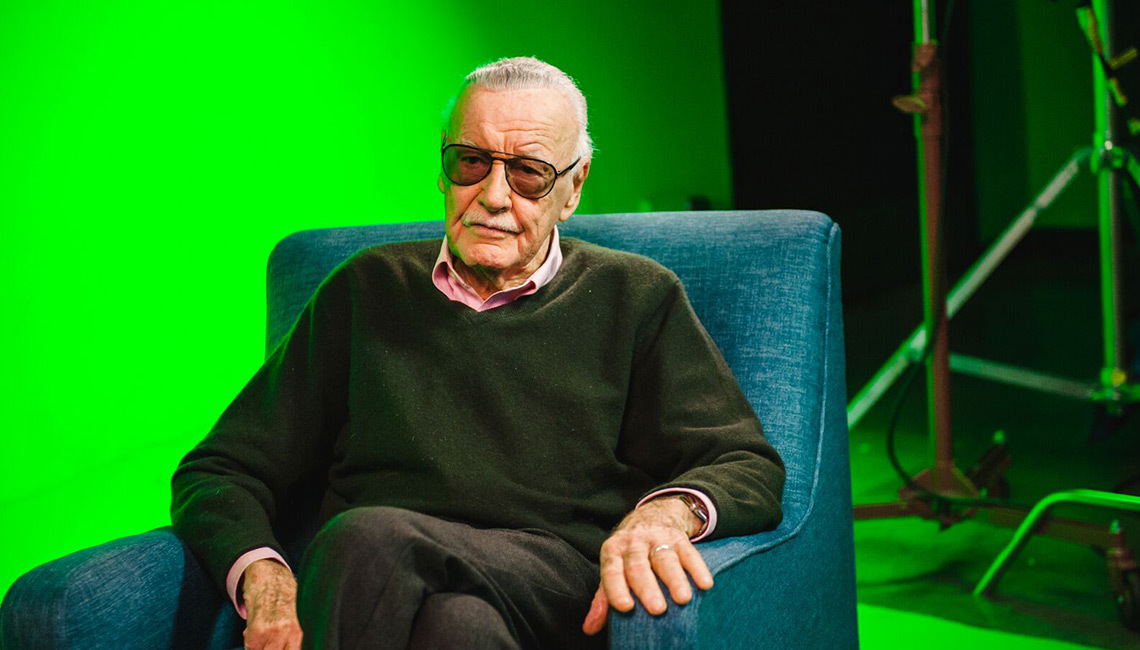 Gnomon helped bring one of the heroes of the Silver Age of comics into the age of virtual reality last month, as the school played host to the live shoot for new motion comic and VR experience Stan Lee's Cosmic Crusaders.

The project – which sees the legendary Spider-Man creator introducing the audience to his latest team of superheroes from within a virtual representation of his Malibu beach house – was produced by Gnomon instructor Dane Smith, while the 3D environment was created by Gnomon graduate Riley Franklin, now a CG Generalist at Legend, which handled the VR work on the series and supervised production of the motion comics.

“Stan approached Legend for a unique way to present the project at Comic-Con,” says Dane. “It was a celebration of his 75 th year in the business, so we wanted to do something special and unique, and Stan was curious about the technology.”

A long-time collaborator of Will Maurer, Legend's Vice President of VR and FX, Dane was brought into the project to help oversee production of the motion comics themselves, and art direct their integration into virtual reality. “We'd been working together on a couple of VR projects, so it was a nice fit,” he says.

Needing a venue for the live shoot with Stan Lee, Dane thought of Gnomon's 70-foot greenscreen stage. “Gnomon is right across the street from Legend, so we were able to bring our cameras and equipment to the school, and handle all of the administration from [Legend itself],” he says. “Geographically, it worked perfectly.”

An all-star cast of Cosmic Crusaders

Written by Deadpool co-creator Fabian Nicieza, Stan Lee's Cosmic Crusaders shows Stan struggling with writer's block while attempting to come up with his latest superhero comic series. Meeting seven stranded aliens – each with their own strange cosmic powers – he convinces the 'men in white coats' that they are actually superheroes, and enrolls them in his own training program. The series is voiced by Stan himself, with a nice line in self-deprecating humor.

The motion comics themselves were created at India's Digitales Studios, which handled all of the 2D animation. The VR background for the first episode is a 3D representation of the environment from the motion comic, with the comic itself projected within the 3D environment as Stan Lee introduces it to the audience.

The set was created by Riley Franklin and her team of three 3D artists, with the work being completed in Maya and NUKE. The assets were then imported into Legend's proprietary real-time engine, which is capable of displaying the environment in 360 degrees with true parallax.

Despite the intricacy of the project, the small team of artists – six at Digitales Studios and eight Legend staff on-set at Gnomon – delivered the work in just 16 weeks.

The live shoot with Stan Lee was a nervous period for all concerned, as the 93-year-old comics legend was introduced to a head-mounted VR display for the first time.

“Fortunately, he loved it,” says Dane. “Of course, there was a bit of an adjustment period: like everyone, he had to orient himself to the fact that he was in a 360-degree environment, but [it's] an art-directed take on his beach house in Malibu, so he was in an environment he was already familiar with. He took to it really quickly.”

Dane describes Stan as a consummate professional. “He's very aware of his celebrity, and he's got a great sense of humor. He memorized lines and executed his delivery very quickly, and spent a lot of time flirting with the girls on stage and making self-effacing jokes.”

Try the VR experience for free

The first four episodes of the show were published daily on The Hollywood Reporter's website during Comic-Con, with attendees also given smartphone 'VR boxes' in order to watch the first episode in virtual reality. You can view the episode for free via the Hindsight VR app, by scanning the QR code at the foot of this story on a suitable iOS or Android device.

Dane describes the project as a great success, and hopes that it will lead to audiences seeing more of Stan Lee in VR when the full 22-episode series of Stan Lee's Cosmic Crusaders is completed.

“The first person we were nervous about [showing the finished work to] was Stan, but he loved it,” he says. “And Stan is interested in doing more VR productions in future. We're looking at potentially doing the entire series in virtual reality.”