Gnomon Voted a School of the Year at The Rookies Awards 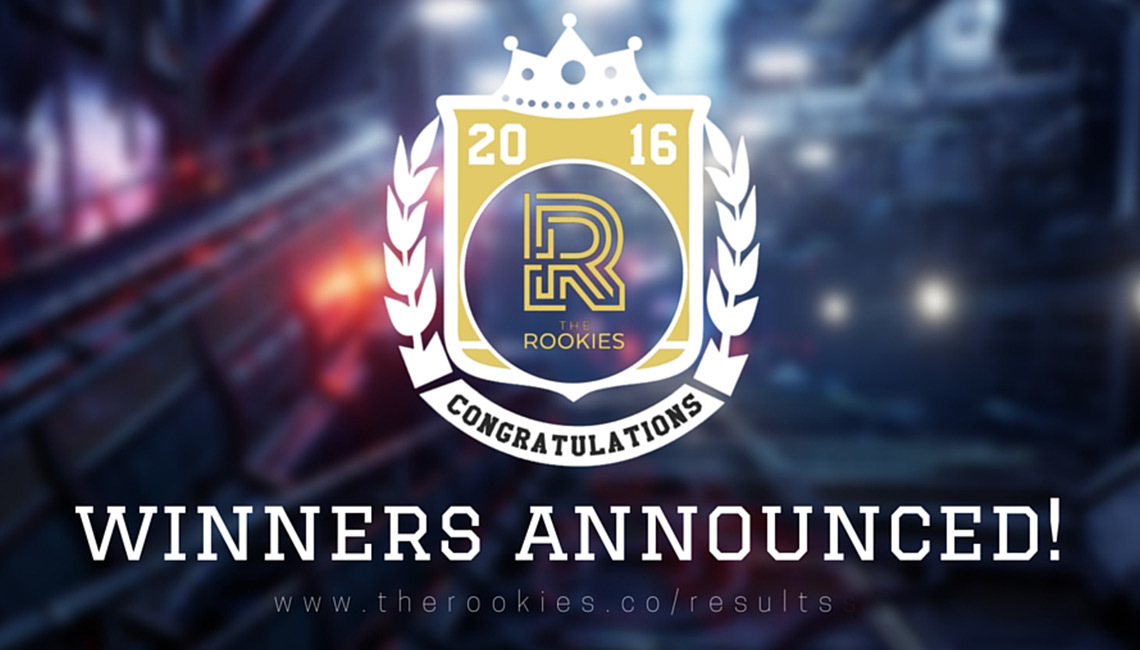 Gnomon was voted a School of the Year at the 2016 Rookies. Students from 479 schools worldwide entered the prestigious international art awards.

Gnomon has triumphed in this year's Rookies awards, being voted School of the Year in the Illustration category, beating almost 500 other training institutions worldwide.

Gnomon was also runner-up in the Next-Gen Gaming category, while four Gnomon students received Highly Commended awards, including one in the highly competitive VFX & Animation category, and two others were awarded internships at leading international studios.

The Rookies: the Oscars for CG students

Pitched as the 'Oscars for young creative minds', The Rookies aim to identify the most outstanding young designers, creators, innovators and artists worldwide, along with the institutions responsible for training them.

Previously known as the CG Student Awards – at which Gnomon triumphed in the past, winning overall School of the Year in 2014 and 2015 – the awards have now grown to encompass new categories ranging from architecture and film-making to photography and graphic design, attracting entries from 479 schools in 77 countries.

The entrants' work was reviewed by a panel of judges headed by four-time Oscar winner Joe Letteri, director of Weta Digital, and including senior staff from Pixar, Double Negative, The Mill, Naughty Dog, Ubisoft and Rockstar Games.


Gnomon: a School of the Year for the third year running

According to Bruce Woloshyn, VFX supervisor at Method Studios, the illustration category – in which Gnomon was voted School of the Year – was “hands down one of the hardest [to judge]”.

“Every single entrant was amazing,” he says. “These 2D illustration entries were all wonderful at capturing the essence of real 3D lighting, and I applaud all of the artists.

In the hard-fought contest, Gnomon student Apple Qinyang Zhang took one of the three coveted Highly Commended awards. Originally from Beijing, Apple traveled to the US to do a bachelor's degree in illustration and concept art before enrolling on Gnomon's three-year program in 2015.


Already a published illustrator, with clients including NetEase Games and Double Take comics, Apple describes herself as a “contradictory daydreamer, a builder of [my] own utopia, and a celebrator of the beauty, magnificence and sorrow of life”, whose artistic strength lies in “exaggerating emotional elements [in the service of] narrative storytelling”.

These were qualities noted by judge Bryan Wynia, senior character artist at id Software, who commented that while the entrants' drawing and painting skills were “breathtaking”, what caught his eye were “the ideas, stories and characters” communicated through them. “You should all be very proud,” he told the winners. “I see a bright future for all of you.”

After graduating from Gnomon in 2015, Christen landed a position at Naughty Dog, working on Uncharted 4, before going on to work at James Cameron's Lightstorm Entertainment. “I tend to gravitate toward environment art, since it's by far the most immersive category [of CG art],” he says. “I love horror and sci fi, which seems to resonate in a lot of my work.”

In contrast, 2016 graduate Juliano favors a more colorful, cartoon-like approach. An artistic polymath with a resume ranging from illustration for the University of California to user experience design at Google, he is currently working at up-and-coming VR developer StressLevelZero.

Born in Switzerland, Beat was attracted to Gnomon because of the quality of the student work he saw online. “It was different to any other school I'd seen,” he says. “Then I found out that all of the teachers work in the industry. Technical skills you can learn yourself. But the teachers' experience you can't find anywhere else.”

Although a 3D generalist, Beat's feel for lighting and rendering – evident in his winning portfolio – landed him a six-month placement in Blur Studio's scene assembly department during his final year at Gnomon: experience he describes as a chance to work at his “dream studio”.

In addition, two current Gnomon graduates, Caroline Ng and Brian Magno, have won internships of their own through The Rookies. Brian, who worked as a 2D artist at Trendy Entertainment prior to studying at Gnomon, graduates this year; while Caroline previously worked as an animator at New Zealand's Flux Animation Studios, and will graduate in 2017.

To be selected over almost 2,000 other entrants by some of the entertainment industry's leading artists is a testament to the technical skills and creativity of all six students, while Gnomon's School of the Year award in one of The Rookies' most competitive categories cements its place as one of the world's leading CG training institutions. Congratulations to all of the winners in this year's awards: you can check out their amazing art work via the link below.

Gnomon is 'shaping the future of Hollywood', says Euronews