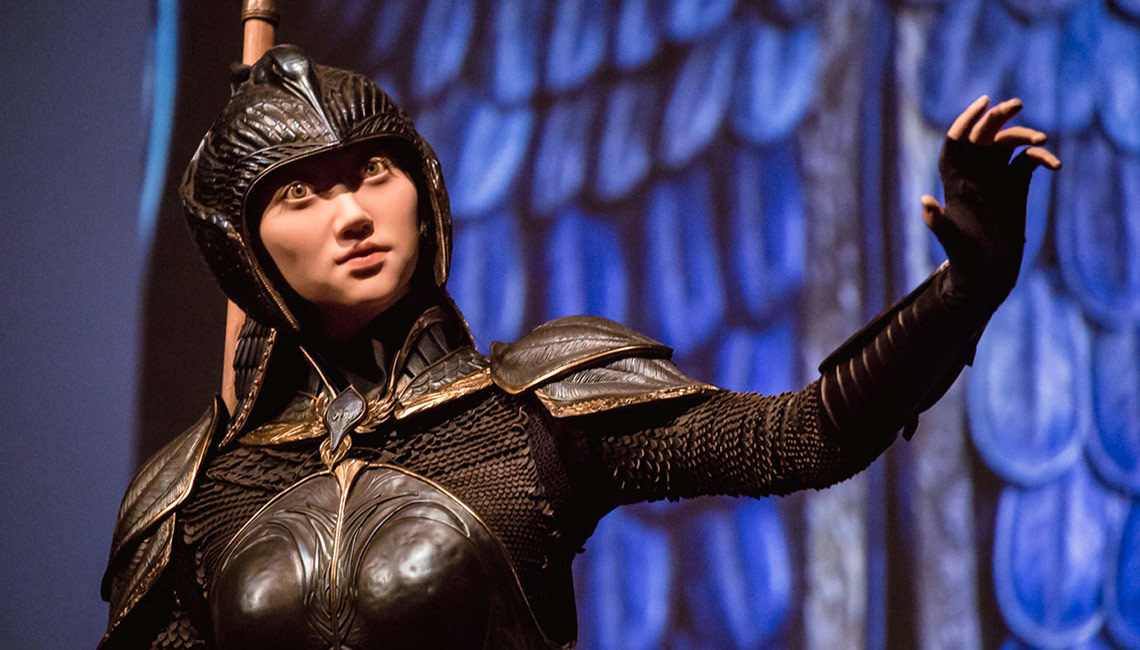 This month, for the second year in a row, Gnomon School of Visual Effects, Games + Animation joined the Los Angeles Design Festival to help showcase some of the incredible designers contributing to the industry. The LA Design Festival drew record numbers of over 16,000 attendees across four days, which included a diverse mix of designers, educators, students, as well as dedicated fans of great design.

Gnomon’s contribution to the LA Design Festival brought Dutch Fashion Tech Designer, Anouk Wipprecht and Quantum Creation FX Lead Digital Artist, Ceres Regnum to the Gnomon stage to share insights into their fascinating worlds creating wearable designs for technology, fashion, films, and commercials. The free event was hosted at the Gnomon Stage on June 10th, allowing students, professionals, and the local community to come together to expand their knowledge, share insights with peers, and grow their networks. The event was also streamed live to a global audience through Gnomon’s Livestream channel.

Watch the full recordings of the ‘Fashion Ahead of its Time: Designing for 3D Printing’ event on Gnomon’s Livestream channel

Anouk talked about how she started out in fashion design very early at just 14 years old, using it to express and communicate moods. At 18, she started exploring the use of robotics, and so began her desire to join “the brain” and “the heartbeat” into her stunning designs. Anouk discussed how she has worked with various Hollywood artists like the Black-Eyed Peas (2011 Super Bowl) and showcased many of her incredible dresses, such as her hacked car-part series of dresses featuring parking sensors and lights created for an Audi launch, as well as her inspired Cirque de Soleil cocktail, shot dress. She discussed how she loves to look at animal defense mechanisms for inspiration – which impressively led on to reveal her remarkable sensory smoke dress, inspired by octopuses that produce clouds of black ink when threatened. Anouk described how her Smoke Dress was created using flexible material (Materialise TPU 92A-1 in combination with solid PA-12) and equipped with a micro-controller system that ingeniously allows the wearer to protect herself with a cloud of smoke in intimidating situations.

Using Maya, Anouk designs her intricate wearables that she prints using the flexible SLS (Selective Laser Sintering) 3D printing technique, which allows her the ability to be much more extravagant with her geometry. Her Spider Dress, as pictured above, was inspired by an earlier plexiglass design that featured over 200 tiny screws that needed constant adjustment; by 2011 she had created an intelligent design that could be 3D printed, working with Intel technology to create a dress that can literally attack anyone that gets too close. “What I programmed into this dress is something that I call ‘12 states of behavior’,” Anouk explained. “So, depending on how you walk [up] to this dress or [if] you walk up to it very fast [it can attack] you very fast [but] when you approach very slowly [it will dance and go] into fencing mode.”

In the second part of the event, Gnomon alum Ceres Regnum from Quantum Creation FX took to the stage accompanied by a set of impressive props to talk through the work that goes into designing and creating costumes, weapons, and armature for movies. To help illustrate the process, Ceres brought with him a stunning, life-size suit of armor created for Lin Mae’s character in The Great Wall, helping the audience to follow the pipeline and better visualize the level of detail involved in this honorable craft. As well as creating incredible costumes for the likes of Tron: Legacy, Star Trek, and Hunger Games, Ceres revealed how Quantum Creation FX also creates props and functioning equipment for films like the recent Ghostbusters movie. The talented crew at Quantum in Los Angeles, in fact, created all the guns, ghost grenades, and the ghost chipper for the 2016 Ghostbusters movie.

After talking the audience through the pipeline that Quantum Creation FX follows, from concept to completion, Ceres opened ZBrush and Maya to offer some helpful 3D tips and tricks as part of his presentation. “After we get past the concept stage and approval, we have to decide how we are going to sculpt it, so whether we are going to do it digitally or traditionally,” Ceres explained. “It basically comes down to price point, and what’s faster and what’s quicker.” Ceres also shared priceless industry insights that helped illustrate the exciting role of a lead digital artist for an FX company, and detailed how the work isn’t necessarily over once the fabricated product is ready for the screen. For talented artists like Ceres, after creating a costume or prop, they are also often needed on set to supervise their creations in use by actors – which also includes the somewhat daunting pressure of fixing any props and costumes if overexcited actors break them!

Ceres studied the full-time Gnomon Vocational Certificate Program before entering the industry to work for Quantum Creation FX, where he progressed from a Generalist to a Lead Digital Artist in less than two-and-a-half years.

Make Your Vote Count at The Rookies Awards 2017