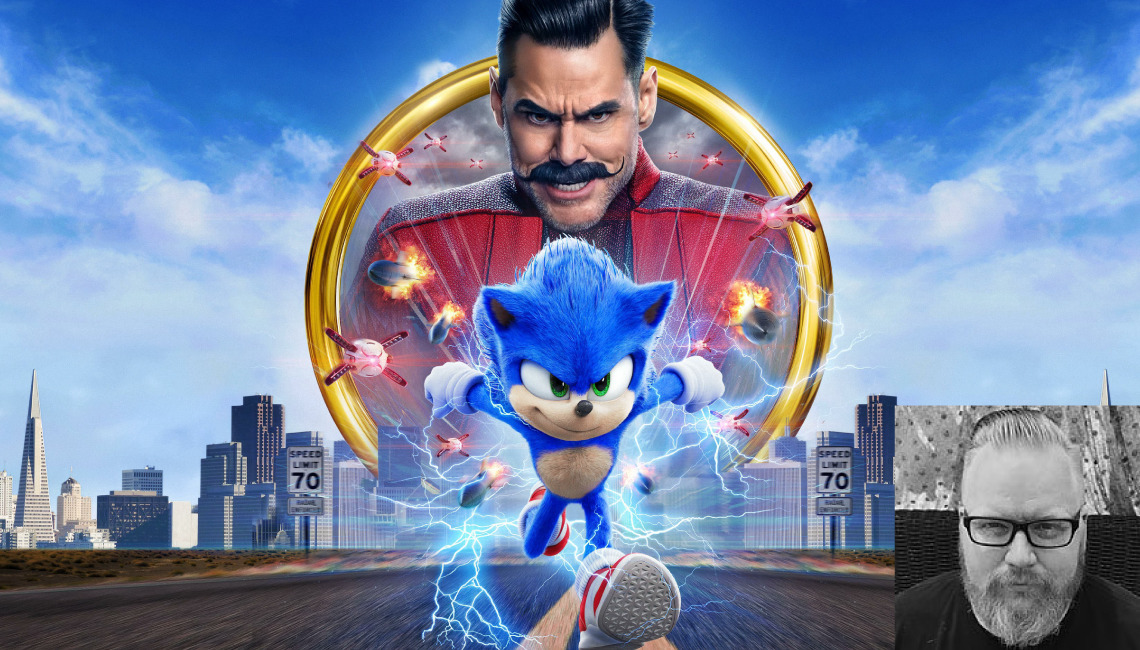 Gnomon grad Jason Michael Hall talks about what it was like to tackle one of the most anticipated video game-based films of all time.

Meet Gnomon alumni Jason Michael Hall, who recently served as Previs Supervisor at Digital Domain on Paramount’s animated feature, Sonic the Hedgehog. Jason graduated from Gnomon in Spring 2007, and since then has been leveling up his skills at a number of studios, including Disney, where he worked on Black Panther, 20th Century Fox (Deadpool), and Warner Bros. (Justice League)

Sonic was released in the U.S. on February 14, breaking the record for biggest opening weekend by a video game-based film, an honor previously held by Detective Pikachu. We recently had a chance to catch up with Jason to find out more about his role as Previs Supervisor and his experiences on Sonic, including what it was like to work with such an iconic character.

What was it like to work on such an iconic property as Sonic the Hedgehog?

It was super fun; Sonic’s such a cute little dude with fun powers. The director, Jeff Fowler, was also a die-hard fan. He had a clear vision for what he wanted from the start, which made for a very smooth production. Honestly, the entire crew was one of the funnest and nicest I’ve gotten to work with, especially my crew at Digital Domain — so many cool and extremely talented people working there. Plus, I got to go live in Vancouver for a couple of months, which ain’t bad!

What is previsualization, and why is it such a crucial part of designing and creating visual effects?

Previsualization is an important pre-production tool for working out issues with every part of a film long before anyone shows up on set, and sometimes extends to help out during filming as well. But if you need a super simple answer for relatives and neighbors without boring them with technical details, I usually just say, “I create and animate action sequences for movies.

It’s a fast and affordable way to block out an expensive sequence for live action films. It’s quick, simplified, and allows the previs team to work with the director (and other members of the production) to problem-solve difficult VFX setups, as well as trying out different timing, cinematography, and editing to get a scene to work. All of this can be done long before a single set is even built, or before any on-set crew member is needed. It saves time, money, and eases stress for the production — having a clear vision of what they’re going to be filming. Previs is even used with the actors themselves, to see a version of the scene that they’ll be in with CG elements, allowing them to better prepare for a scene where many things are imaginary.

Much like storyboarding, which is still an invaluable tool that we often work in tandem with, previs helps to have a movable camera in a 3D scene built to real-world scale, placement, measurements, distance, etc. At its base level, the most important part about previs is the camera. YOU are moving the camera. If your camera choices aren’t working, everything else falls apart with it.

Previs isn’t always just figuring out the crazy action shot. It can be used to scout a location or set without actually building it or visiting the area over and over again before shooting.

Sometimes a director may be excited about a new set or creature or prop designed by the art dept. We can then take their illustration, Zbrush model, or 3D scene — get it into Maya, and start scouting out shots by the next day.

For example, with Sonic, the bar scene interior for the speedy/slow-mo sequence where he runs around playing pranks on everyone... The interior set was to be built on the soundstage and was designed by the Art Department. We discussed the story beats that had to happen on set with the director, put on our thinking caps, and got to work. Based on the art, our asset modeler put together a 3D model of it, and we were placing people and cameras in the environment in under a week. This allowed us to track a consistent path for Sonic to travel in around the bar, and end up back where he starts at the beginning. We made a diagram from an orthographic render of the previs set, showing the order of events, placement of cameras, main actors, and even extras.

Another example is the baseball scene, where Sonic is playing baseball with himself... This was kind of complicated to work out, with all the different roles he was playing, and zipping to each area, while the ball was in play. Not only that, but it was based on a real baseball field we were going to shoot on. Production sent us photos from scouting, so we found the general dimensions for the field, and built it for our previs. Every shot we did was the equivalent of actually shooting on location — from the speed of the camera and its distance from the ground, to the time it would take for the baseball to travel past the outfield while Sonic’s sniffing flowers.

This process was used often throughout all our previs for the film. The final showdown with Robotnik is a town in real life. We modeled low-res buildings with projected photos for textures, and our asset artist found photogrammetry to get the exact layout, angle, and slope of the street — as it has a slight incline.

Which sequences in the Sonic feature required the heaviest amount of previs work, and why?

I’d say the two heaviest were the final battle with Robotnik, and the baseball sequence mentioned above. There were a multitude of logistics to work out for the baseball sequence... as well as just working out cinematography and Sonic’s movements, to build a steady progression of gleeful excitement and fun, to the end when Sonic realizes he’s playing alone and gets sad.

And then of course the final showdown with Robotnik was lots of work. From figuring out all the running, bouncing, and flying missiles in a populated street in a small town at night — to planning out the chase beforehand. Going from San Francisco, to France, to Egypt, etc., was quite the challenge. As well, each shot had included Robotnik’s ship, which was keeping up with Sonic now... Lots of traveling and many variations of battling with an opponent that was now on the same level as Sonic.

Sonic himself underwent a sudden design change after the release of the initial trailer. Did the redesign have an impact at all on the previs work?

No, not at all. We were long done months before that all went down. When we were doing previs, we rigged up a version of a Sonic model that we got from the Art Department — he was pretty cute at that stage, but different from the version that came out in the original trailer... and also different from the final redesigned version. I’m sure Sonic went through countless designs trying to figure out the best version of him during AND after previs. But all of that was more for post production work — not necessarily for previs, which was completed months before. Sonic’s height and proportions did change a couple times during previs, but the changes were minimal, and only required slight camera adjustments.

How did your studies at Gnomon help prepare you for this project, and what advice do you have for those just starting out?

I came out of Gnomon as a strong CG Generalist and was able to hop right in with the Persistence of Vision previs crew on my first film (JJ Abrams’ Star Trek). I was able to hit the ground running, and keep up with the more senior artists on the team. Granted, I was a bit slower and still had some things to learn… but with such a strong foundation coming out of Gnomon, I was able to pick it all up very quickly. And the same has been true with most every other Gnomon grad I’ve gotten to work with.

All of my teachers were great. Most of them are coming in after work from an industry job doing exactly what they teach — allowing them to share real practical knowledge and workflows that prepare you for those real jobs once you finish school. Gnomon also helped with networking and connections... I got my very first gig that way! I took Brian Pohl’s Previs class and busted my ass — about halfway through that term (my final term), Brian offered me a job with his team on Star Trek.

Want to learn more about educational opportunities at Gnomon?