Through the Looking Glass: How to Get a Job in Previs 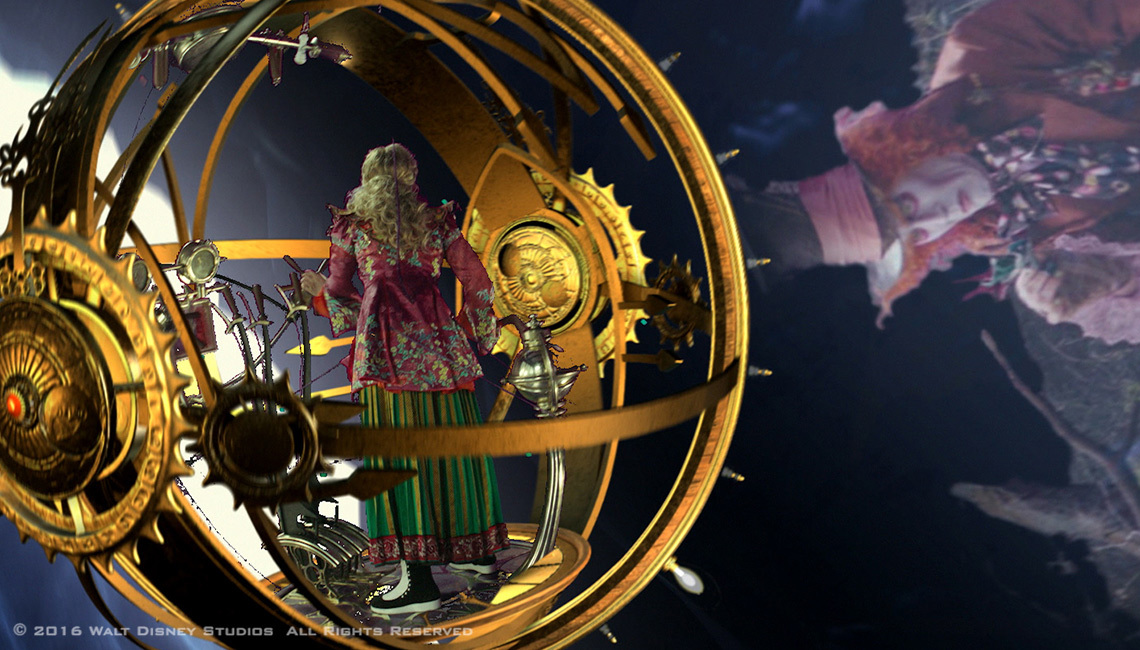 Gnomon veteran Tefft Smith II headed HALON Entertainment's previs and postvis work on Alice Through the Looking Glass. He reveals the challenges HALON faced, and his career tips for anyone hoping to work in visualization

With its time-twisting plot, Gothic landscapes, and cast of talking creatures, 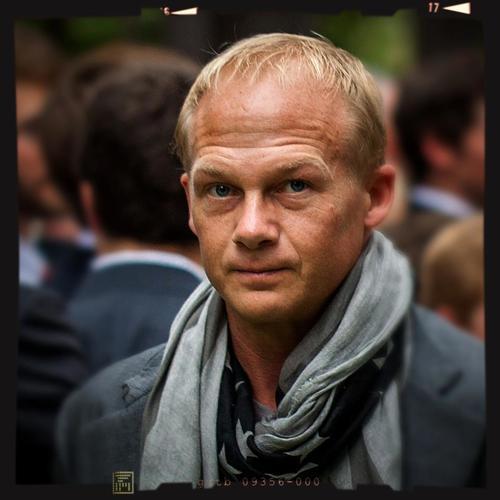 One of Gnomon's first students, and later the school's director of education, Tefft also worked for visual effects houses including Look Effects, Zoic Studios and Gradient Effects before joining HALON as one of the firm's previsualization supervisors. On Alice, he was called on to supervise both previs, postvis and final effects work, working alongside director James Bobin.

Below, Tefft explores the challenges HALON faces on movies like Alice Through the Looking Glass, the technical and art skills required for modern visualization work, and his career tips for young artists hoping to get a job in previs.

When does HALON get involved on a movie like Alice Through the Looking Glass?

What kind of work were you doing?

We did postvis, then previs, then final effects. It was a pretty extensive period of postvis: over a year. Part of the reason was that the studio did some reshoots, and during the reshoots we were prevising that sequence. Towards the last few months, it was mostly finals.

So you get asked to do final effects as well as postvis?

Yes, we worked on 264 final shots. A lot of those were editorial: enhancements, some cosmetic fixes, retimes, wipes – nothing like the heavy visual effects work that Sony [Pictures Imageworks] was doing. They were all things where the editorial department needed something doing, but couldn't turn it over as a full VFX shot.

What proportion of a movie like Alice does HALON work on?

Pretty much did the entire film. Once you got through into Wonderland, we touched every aspect of the film. We worked extremely closely with Sony on what the look was supposed to be and got direction from James [Bobin], the director, and Andy [Weisblum], the editor. It was a great collaboration.

How would you describe the purpose of postvis?

Sometimes it was to answer a specific question that Sony had, but mostly it was to help James and Andy to solidify what effects were needed for a shot, and how they were able to tell a story. It's a great way to help editors.

Can you give an example from Alice Through the Looking Glass?

It helped on the Horunvendush Day and the oceans of time sequences. They were pretty heavy visual effects sequences, so we came up with a lot of different versions of them so editorial could figure out the best way to tell the story: where to cut, and what would need to be lengthened or changed. When [Imageworks] came to create the final effects, they didn't have to guess what James wanted and end up doing a bunch of extra renders.

The nice thing about postvis is that we can turn around five to eight shots per artist per day in a manner that at least tells the story so that the filmmakers can get it in the edit. Once the edit is locked, the visual effects facilities make it look amazing.

Do the firms creating the final-quality effects use the 3D data you create?

We have worked on shows where we'll turn over our final files, but for Alice, they just used our shots as reference. There were a couple of sequences where we turned over Maya files so they had the cameras, but mostly they used our animation as a guide.

How visually sophisticated is today's postvis?

Between Viewport 2.0 [Maya's viewport preview of a shot, which can be used to generate near-photorealistic real-time output] and modern game engines, it looks really good for temp effects. It's not gray-shaded like it used to be; we're doing particles, fluid simulations, pretty much everything that we can.

What software pipeline do you use for this kind of work?

For Alice, we used Maya and After Effects, and everything we need to camera-track is done in SynthEyes. We track the live plates, figure out whether or not we need to go into Maya, render out our 3D elements, then bring those and any additional video footage into After Effects for compositing.

At HALON, most of our projects go through Unreal Engine – we have three shows in production that use it – but at the time we were in a transition and the film needed such a quick turnaround that we didn't have time to introduce the pipeline.

How large is a typical modern postvis team?

During our biggest crunch period on Alice – the screening for the studio executives that we were initially brought in to work on – we had a team of 12, but typically we have a team of four or five: myself plus three or four artists.

What technical skills do you need to work in visualization?

Typically, we're still pushing for generalists: people who can model, texture and light a shot. If you're looking to get into previs, we're looking for people with more extensive animation skills because it requires a lot of keyframe animation. Being able to use MotionBuilder is another huge plus, because we process a lot of motion-capture data, although we only use it as a guide: we'll either reanimate on top of it or do some clean-up. We have our own mocap studio, so one of us will get into a suit and shoot our actions if we need to.

Even for postvis, where most of the models and base animation have already been created, animation skills are still valuable, as we still need to do new shots. On Alice, we needed to animate all the characters: Thackery [the March Hare], the White Rabbit, and Bayard the dog.

Do you ever take on specialist artists?

We do take on people purely to create assets, but on a three-month job, we usually wrap up our asset build within a week of starting a production – less if the production time is shorter. But a specialist modeler can stay on for the full duration of the film if they can also animate and composite.

What about scripting and coding skills? Do you ever hire specialist TDs?

We are starting to have to bring in technical developers: on our game engine projects, we'll have one or two people who are dedicated to the engine. But in Maya we have people who are pretty well-rounded: who can write scripts, who can do fluids and particles [as well as modeling and texturing].

Do you ever take on graduate-level artists?

We're always taking on new graduates. If I have the ability to have – not a large team, but a team of four or five – I'll bring on someone totally green to be a part of it. Even if they don't know how to do a lot, if they mesh with me personally, I can take them under my wing.

On Alice, two of the twelve were Gnomon graduates: Sebastian Brown and Caitlin Rupert. Christina Hall, who has worked with me in the past, although not on this movie, is now one of HALON's top asset builders.

When applying to work in previs, what do you need to include on your reel?

For character animation, a lot of people use a single master camera to show all the detail. When applying for visualization work, break it up into two or three cameras: show how you'd compose each camera angle; how you'd lay out the sequence.

How does it compare to conventional visual effects work?

When you work at a big visual effects studio, you're usually working on a single shot, or a handful of shots. At the end of the movie, you have this great thing you can show on your reel – but on the flip side, I get to sit with the director, really collaborating, working out how they can tell the story. And rather than doing one or two shots, I'm in charge of whole sequences.

When I first started, I felt that doing previs was taking a step away from what I wanted to do, but now it's such a huge part of film-making. You have such an impact on how the film looks visually, and on the story. It's amazing.

Gnomon is 'shaping the future of Hollywood', says Euronews