Join us for a new episode of Archetype with Josh Herman!

This weekly livestream series will focus on the 12 literary archetypes, which help foster a sense of familiarity between characters and audiences. Each month, Josh will feature a character type (the hero, the outlaw, the ruler, the jester, etc.) and walk viewers through the entire creative process of character design resulting in a new, complete character! Catch up on the first few episodes to see how Josh began working on this month's character type: The Artist.

Josh is no stranger to groundbreaking character design. As a digital sculptor, he has worked on some of the biggest movies over the past decade including Guardians of the Galaxy, Spider-Man: Homecoming, Thor: Ragnarok, and Avengers: End Game. Josh is also a seasoned instructor and will answer viewer questions and provide insight into how to stay inspired, creative, and innovative when approaching a new character design.

If you're interested in character creation and want to learn the step-by-step process of bringing an idea to life, you won't want to miss the new, weekly series!

Follow us on social media for Archetype special guest artist announcements. And be sure to RSVP to hear Josh share his artistic journey and the Archetypes you'll soon meet! 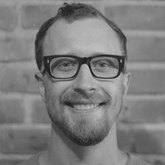