Watch The Making of Google Spotlight Stories: 'Age of Sail' from Gnomon_School on www.twitch.tv

Gnomon is proud to welcome back the Google Spotlight Stories team for a behind-the-scenes look at their latest short film, Age of Sail.

Set on the open ocean in 1900, Age of Sail is the story of William Avery (voiced by Ian McShane), an old sailor adrift and alone in the North Atlantic. When Avery reluctantly rescues Lara, who has mysteriously fallen overboard, he finds redemption and hope in his darkest hours.

On Thursday, October 25th, meet the creators behind the newest entry in the Google Spotlight Stories lineup—including Academy Award®-winning director John Kahrs, producer Gennie Rim, and technical art lead Cassidy Curtis—during an exclusive screening and making-of discussion as the team talks about the challenges and processes behind crafting a story for a 3D space.

While the making-of portion of this event will be streamed, the screenings of the short film at the beginning and end of the event will not, so be sure to RSVP to attend! Attendee check-in will open at 6:30 PM; a valid Eventbrite RSVP will be required to get an event wristband. 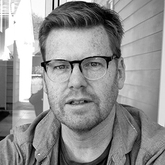 John began his animation career as one of the first employees of Blue Sky Studios, later joining Pixar as an animator on A Bug's Life, Toy Story 2, Monsters, Inc., The Incredibles, and Ratatouille, among others. In 2007, John joined Disney Feature Animation, supervising the animation on Tangled. He went on to direct the acclaimed short Paperman, which won the Academy Award for Best Animated Short Film. John now develops and directs animated projects through his company, Broad Reach Pictures. 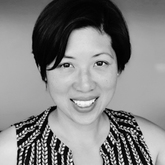 Gennie Rim has worked in the animation field for nearly 20 years at studios such as Pixar and Disney and has produced projects such as Google Spotlight Stories' Duet with Disney legend Glen Keane, Lyft?s June with Academy Award-winning director John Kahrs, and most recently Kobe Bryant's Academy Award-winning Dear Basketball with Glen Keane and composer John Williams. 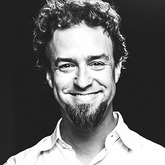 Technical Art Lead Cassidy Curtis developed the non­-photorealistic look of Google Spotlight Stories Pearl, Son of Jaguar, and Age of Sail. His graphics research projects, ?Computer Generated Watercolor? and ?Loose and Sketchy Animation,? have appeared in short films ?Fishing? and ?Brick­a­Brac.? He was previously a Supervising Animator at PDI/DreamWorks, where he worked on feature films including Madagascar 2 and How to Train Your Dragon.