Join us Thursday, December 2nd for a presentation from the 3500Kelvin Studios team, and their VFX Supervisor and Virtual Stage Supervisor Walter Schulz and Virtual Production and Live Events Manager Mac Jeffries, as they stream live from their virtual stage in Phoenix, Arizona!

As virtual stage production has grown in popularity and demand, we are thrilled to have industry-leading artists share work they’ve created and as well as insight into how working in this space will affect the future of our industry.

3500Kelvin is a state-of-the-art virtual stage dedicated to providing virtual production services for film, broadcast, music videos, livestream virtual events and live events. Virtual Stage Supervisor Walter Schulz will guide a walk-through of the entire stage, detailing how all the components come together and will give an overview of hardware components and functionality. This will include LED screens, types and purpose, digital processors, power distribution and connectivity as well as software integration and 3D camera solutions; all of which makes virtual production possible.

Virtual Production Manager Mac Jeffries will also make a presentation on designing and engineering considerations when building a virtual stage from the ground up.

This is a unique opportunity to dive deep into how a virtual stage comes together and what components are required from very specific and specialized industries. During the last half hour, there will be a Q&A session when viewers can get answers and information directly from the 3500Kelvin team. 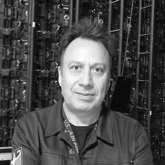 Walter Schulz has worked in the visual effects industry for over 25 years, and has worked as VFX Supervisor / Crowds Supervisor and On-Set Supervisor on top projects that include film, commercials and music videos. Some of his credits on diverse Supervisory roles include Pirates of the Caribbean (trilogy), Transformers: Dark of the Moon, Avengers, Hugo, The Walking Dead, Game of Thrones, Midway, Spiderman Homecoming, Godzilla vs Kong and more.

More recently Walter Schulz was the VFX Supervisor and Managed the day-to-day operations at Intel Studios, where he was a technical lead on what are soon to become standard high-end technologies for film and broadcast industries. Walter brought on the application of Unreal Engine and Unity technologies for Visual Effects and Film at Intel. He lead his team in the creation of AR/VR experiences for Vive (VR) and mobile (AR) concepts.

While at Intel Studios Walter also Directed main unit of several productions with large crews and talent, while contributing his extensive technical knowledge on what is a hybrid of the latest advanced filming technologies.

Roland Emmerich also had Walter Schulz as one of his crew on “Independence Day: Resurgence”, for which Walter contributed in the development of digital crowds and also worked as an animator. In 2018 Walter joined forces once again with Roland, when he worked as On Set VFX Supervisor for "Midway", in that case Walter also operated the ncam real-time integration for set extensions and postviz.

Walter Schulz began his career after studying Computer Graphics at the “Art Center College of Design” in Pasadena, when he went into the Video Games Industry in 1994 as a modeler and animator. A few years later, while already working in broadcast and commercials, he studied visual effects at Gnomon School of VFX in 1999/2000. Having learned deep use of Maya Software drove his career towards major film, specializing in character rigging, rigid dynamics, cloth, hair, and all applied technologies, working for studios such as ILM as Character Developer, Pixomondo as rigger and Crowd TD and ScanlineVFX as Crowd Department Supervisor and On-Set VFX Supervisor.

Walter was recipient of the prestigious Visual Effects Society Albert Whitlock Scholarships for the 2011 – 2012 academic year, for which he attended UCLA Film School and trained as a Film Director.

In early 2021, Walter Schulz moved with his family to Arizona where he joined forces with 3500Kelvin in building a Virtual Production Stage, unique in advanced technology and with all the latest hardware specs, standard in any major film studio. 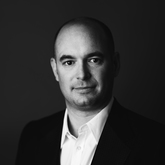 With over 20 years in the events and concert touring industry, Mac has shown a remarkable ability to push the boundaries of existing technology while embracing new process in pixels, light and sound.

Having a firm foundation in traditional design and production provides the basis to build upon.

As a live event production designer and producer, Mac has worked with many of the top companies in the world. From producing the first Samsung Developers Conference, trailblazing immersive stage production for Citrix and and early adoption of mapping with Virgin and Luxotica, to establishing and developing process for all-company remote work weeks for Mozilla, Mac has been a core collaborator and key member of teams that have driven the events industry.

Since the inception of LED production Mac has been on the forefront of the technology curve, designing volume productions and integrated studio build outs.

After several contract engagements with companies like VMware, where Mac was a key collaborator in their metaverse endeavors and remote collaboration platforms Mac was asked to join Coinbase to develop their live events production capabilities and services. His future works will be focused on NFT and collaborative hybrid engagements.

Besides Mac’s work with some of the top corporations in the technology and events industry, Mac has a deep love for art and DJ culture. 3500 Kelvin was developed as an outlet for these creative expressions and has evolved into a full motion picture and commercial film production. 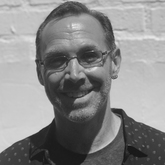 As Education Lead, Beau is responsible for developing curriculum for Gnomon’s VFX courses. Beau makes a continuous assessment of the visual effects industry and ensures that Gnomon’s scholastic pursuits are meeting these technical and artistic standards. Through exposure to industry professionals as well as a decade creating curriculum for postsecondary technological art-making institutions, Beau helps foster high-level specialty skills-sets, while still providing a broad view of the production pipeline so students understand their own integration into a visual effects team. Beau also provides mentorship to students and works with Gnomon’s faculty to foster communication across all programs. He has over twenty-five years of experience as a CG Supervisor, artist and instructor. He holds a Bachelor degree in Graphic Design from Ball State University, and a Master degree from the University of Kentucky in Instructional Systems Design.